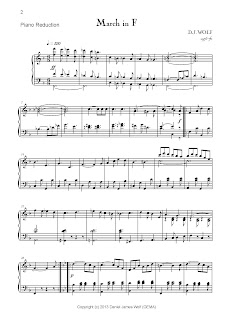 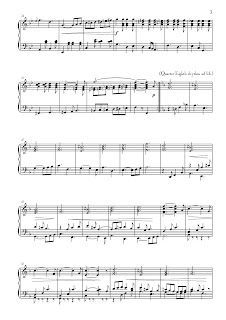 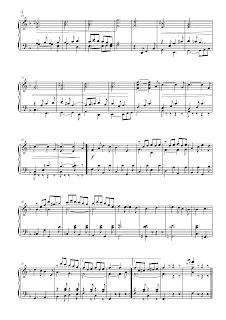 I was in marching band for exactly one summer, the summer before I started high school.  Although I began with high expectations for marching, as a trombonist, in the front row of the Montclair, CA High School Marching Cavaliers in their smartly tacky Columbia Blue and Black uniforms, I quickly found out that I didn't like marching and marching didn't much like me. Not yet 14 and already over six feet tall,  I was at precisely that awkward moment in pubescent motor development when control over my limbs was more a matter of random nervous system activity than the control required for marching, enough so that I was, honestly, very bad at it (once obliviously and famously marching several complete rounds of the parking lot with each sides' arm and leg in complete synchrony, just the opposite of how it's naturally — and supposed to be — done), but I probably could have gone along with the program had I actually liked the music. For each morning spent that hellish summer marching was matched by a miraculous evening at the (last) Claremont Music Festival, a season ticket to which was my parents' present to me upon graduation from Junior High.  An odd present for a 13-year, to be sure, but odder still was the experience of a morning spent playing the theme song to Hogan's Heroes over and over and over again (in between choruses of which, upper classmen from my lower brass section would take turns with pranks, a favorite of which was mooning passers-by whenever our beleaguered band director turned away (you could pretty well guess when he was coming around a corner, as he wore loud tap shoes as part of his training method) and then to hear, say, Hermann Baumann play the Brahms Horn Trio at night.  The ridiculous and the sublime, every day. Summer marching band was not a total loss, however, as the band director did manage to encourage some useful skills, one of which was spending hours in a practice room with a Conn Strobe Tuner.  Very soon, I learned that not only was it a useful skill to get that scope to stop moving, to create a precise and steady tone, it was also a great skill to select some intermediate place on the dial, between semitones, and get the strobe to freeze there, or to play very slow glissandi — both lipped and with the slide — and get those wheels to slow down or speed up.  I was an odd kid, to be sure, but it remains a more engaging experience than any video game I ever tried and probably the beginning of my active interest in matters of musical tuning. The other positive experience, in the long run, was that I composed a lot that summer, including the beginnings of three traditional marches. I was, and am — with qualifications — a serious Sousa fan, and was disappointed that our marching repertoire was largely themes from TV shows and bad pop tunes, and didn't include a single class march by J.P.S., but my more immediate model came from a pair of youthful marches on a Charles Ives recording by the Yale Theatre Orchestra.  Disappointingly, my high school band director, probably writing me off for the ineptitude of my marching, had no interest in my composing, but my junior high band director, Richard Johnson, generous shared a few hours to help me with harmony and instrumentation.  I wish I could say that my 13-year-old head, in those days with the Indochinese War still hanging heavy, was hip to the military character of the marching band and its repertoire, but no, that thought only came later to me, another story altogether.