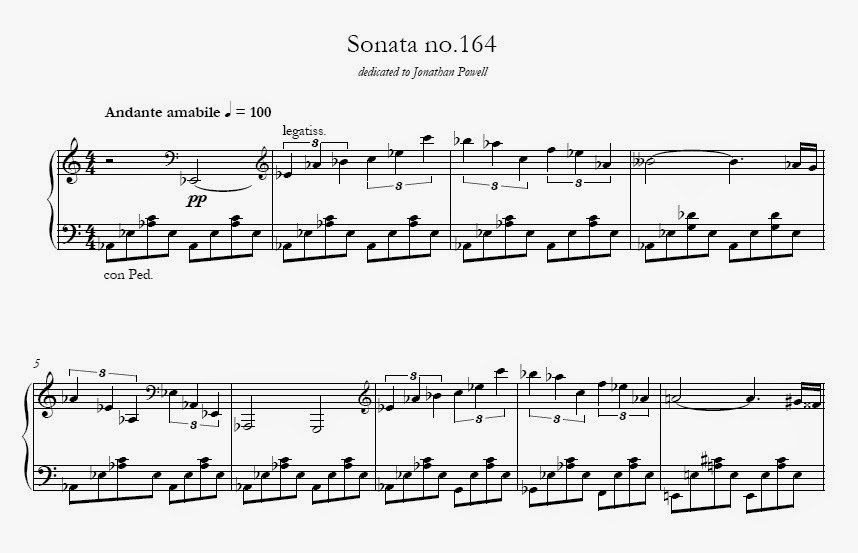 There's a new volume of The Journal of the London Institute of 'Pataphysics out (Number 8), an elegant small volume organized by topics in alphabetical order, dedicated to the "exploits and opinions" of the John White, a fine composer with a unique breadth of interests from the rigorously experimental (often using systems or constraints) to the intuitively through-composed and historically fantastical, compiled and authored by Dave Smith, with numerous other contributors, complete with an accompanying pair of cds in their own jacket (= Number 9.)

In my other role, as publisher at Material Press,  I've been very happy to recently add a substantial selection of Mr White's works to the catalog, including a large selection of his Piano Sonatas.

And, in case you haven't seen it already, here is Tim Parkinson's video interview with John White in the composer's home.
Posted by Daniel Wolf at 12:13 PM No comments:

A 22 year old ghost named John Cage has just invented a way of using a Cribbage board as a cheese grater. Marcel Duchamp finds the invention useful and creates a new, four dimensional version of The Large Glass entirely from aging bits of Swiss cheeses in a variety of colors. James Joyce wraps the whole thing in newspaper and posts it to Trieste, insisting that it would acquire a tasty patina in the sea air. Erik Satie is now wondering what has become of his Cribbage board, but Cage quickly distracts him with a new variation on the mesostic, suggested by an 11-year old ghost named Norman O. Brown. Brown calls it a polymorphousperverstic, as the letters of the generating word can occur at any position in a line or nowhere at all. Satie is delighted and quickly forgets his Cribbage board. Cage offers him a plate of freshly grated Tilsit.
Posted by Daniel Wolf at 10:49 AM 1 comment: