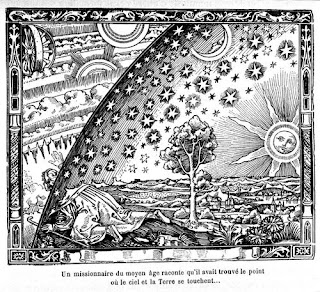 We know the world is round, but local daily life is carried out with flat-earth coordinates. Music is much the same: we navigate among our pitches and rhythms as if they were related by the simplest of ratios and proportions while knowing, all the while, that their simplicity is largely a conventional approximation, hiding all of the errors of human sound production as well as subtle compromises intended to create additional tonal possibilities. We live quite well and make music even better with our blissful decision to ignore the further decimal places of the measurable world. And yet this: the damnable effectiveness of that simplicity does make one wonder if it is in fact our execution that is flawed, the inherent error of being human, and that the music that is really real is some kind of platonic ideal.* Recent research in the neuroscience of music also seems to point to a preference, in the brain, for processing musical intervals as simple ratios, those found among the low-order harmonics of complex sounds, a capacity useful to both speech and music. 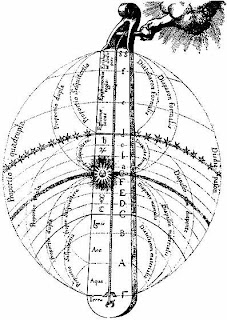 My own musical faith, however, is not that of a platonist, but something rather more constructive or intuitive. I believe that this is a more pragmatic viewpoint, one more immediately connected to the experience of music as it is made in real time. An example: in many of my pieces, beginning in the '70s, I use some form of just intonation, a term familar to many musicians. But defining what is meant, precisely, by just intonation is not an simple matter. If we define it as rational intonation, then we have the problem that every rational interval can be approximated by an irrational (and vice versa). If we want to limit our definition to ratios of small whole numbers, then we have the problem of defining "small". If we wish to define the intervals by minimal beating, then we have problems with timbres including spectra in non-harmonic relationships, which may well find minimal beating with intervals other than those of small whole number ratios. Moreover, as La Monte Young was wise to note, tuning is a function of time, and the accuracy of intonation will depend directly on the length of the sample. But the more pragmatic viewpoint is to examine the immediate musical context and worry less about decimal places of tuning accuracy or the natural wobbles of a man-made sound and evaluate intervals as the complex phenomena that they are: what is the intended relationship? what is the melodic, harmonic, and timbral context? what is the -- entirely subjective -- quality of the interval in question? In such a broader, contextual viewpoint, not only can more conventional just intonation be understood, but it is plausible that intervals and chords related by rather more complex ratios -- as are found in recent music by Young or by Kraig Grady -- are processed by the listener through attention to phenomena like the reinforcement of shared partial tones and difference tones in simple harmonic relationships.

__
* Plato had us living in a cave with familiar reality being a reflection on the walls of that cave of the ideal reality from without; musically, I suppose, he'd have us in an echo chamber, in which the music we hear is the distorted echo of the ideal sounds outside.
Posted by Daniel Wolf at 8:20 AM